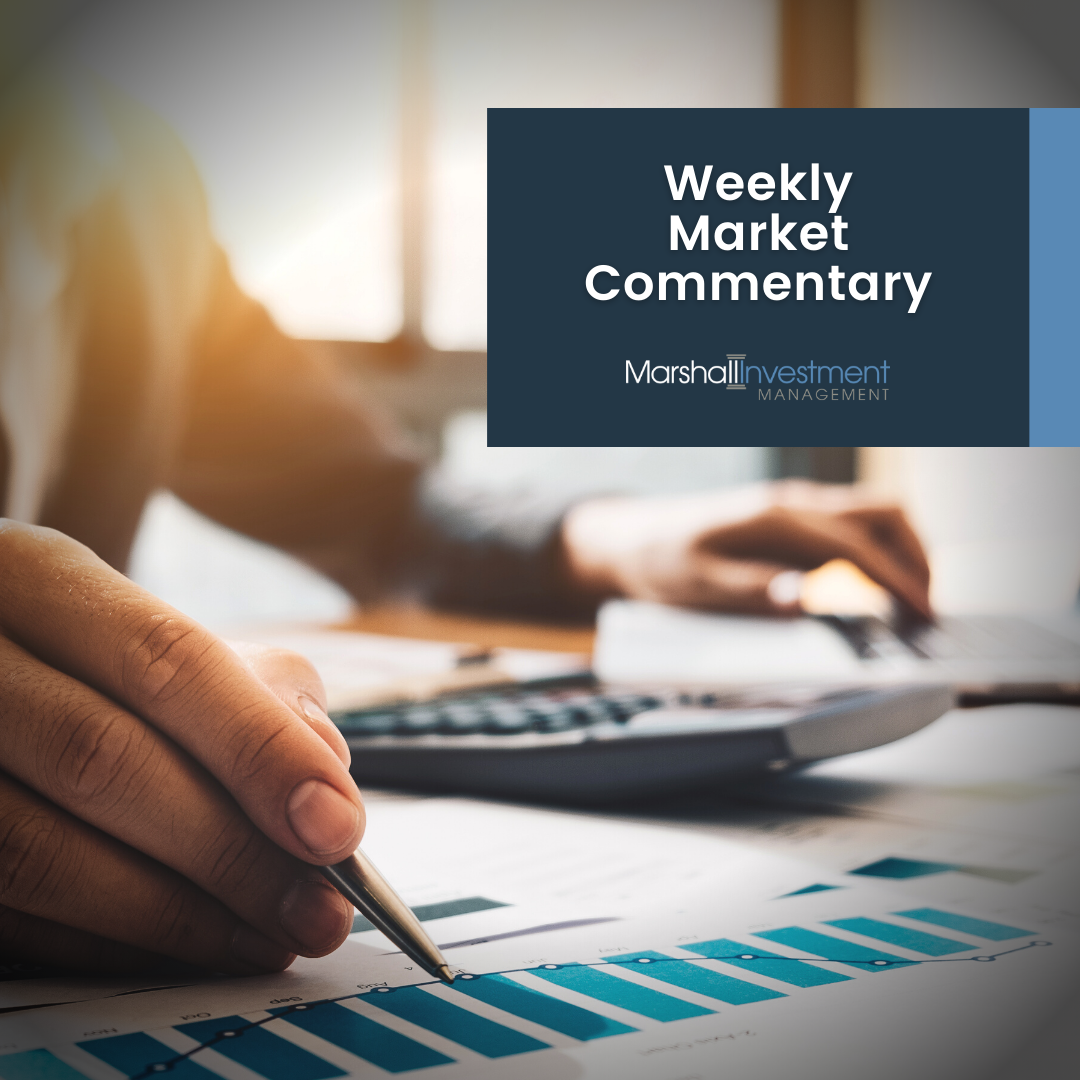 With Halloween over the weekend, what better to write about this week than what scares us? If our positive near-term market outlook proves to be overly optimistic, we believe one—or perhaps more than one—of these five things will likely be the culprit: inflation, an aggressive Federal Reserve, profit margin pressures, pulling forward of seasonal gains, and potentially overly bullish sentiment.

Central bankers are slowly acknowledging that inflation may be stickier than expected and that risks continue to tilt to the upside. At the same time, the baseline view remains that inflation will settle back toward historical norms over time. How long will that take? While inflation has come down some recently, we believe there may be another leg higher in the fourth quarter or early next year as the post-surge reopening pushes prices higher in areas where it had paused or declined as economic activity slowed, such as air fares, lodging, and used cars.

The consensus expectation of Bloomberg-surveyed economists is that Consumer Price Index (CPI) year-trailing inflation will fall to 3.3% by the end of 2022 and 2.3% at the end of 2023. Many consumers, though, are finding inflation risks scarier, both due to sensitivity to prices in grocery stores and at the pump—and heavy news coverage. The wild card remains how long it will take supply chain disruptions to sort themselves out—they’ve been a key source of imbalances between supply and demand that have pushed prices higher.

Also consider that the secular forces that put downward pressure on inflation for the past several decades (technology, “Amazon effect,” demographics, etc.) remain in place.

Since March 2020, the Federal Reserve (Fed) has supported the economy and financial markets by purchasing $120 billion in U.S. Treasury and mortgage securities each month and keeping short-term interest rates near zero. As the economy continues to recover, however, the need for continued monetary support wanes. As such, the Fed is expected to fully end its bond buying programs by mid-2022 with interest rate hikes. In our view, this is likely coming in early 2023.

The big wildcard remains how “sticky” inflation will be throughout 2022. As noted above, we think current inflationary pressures will abate over the next six to 12 months. However, if inflation is stickier than we are anticipating and the Fed is forced to aggressively respond early next year—first by potentially speeding up its tapering plans, and then by increasing short-term interest rates—economic growth will likely be negatively impacted. While we expect an orderly withdrawal of monetary support, an aggressive Fed reaction function to sustained inflationary pressures would likely spook financial markets.

Third-quarter earnings results have been good overall. Companies have generally done an excellent job managing through supply chain disruptions, labor and materials shortages, and related cost pressures. Despite a high bar, a solid 82% of the roughly 280 S&P 500 companies that have reported have exceeded earnings targets.

But there are reasons for concern. Profit margins are well above their pre-pandemic highs and carry downside risk. With labor in short supply (10.4 million job openings according to the Bureau of Labor Statistics, about 3 million above pre-pandemic levels), employers are having to pay up for talent. Wage growth accelerated to 4.6% year over year in September and will likely rise further—on top of the shortages of materials that push the prices up for manufacturers.

These pressures on companies’ costs could impair profit margins if they continue to build. Consumers and businesses can afford to pay higher prices now but may balk at some point. For now, strong revenue growth is overshadowing these margin pressures but with stock valuations elevated, it’s important that earnings come through or markets may get spooked.

Seasonal Gains May Have Come Early

Stocks had one of their best Octobers ever, with the S&P 500 Index up more than 6% in the first month of the historically strong fourth quarter. But that’s the problem: October very well could have stolen some of the gains we usually see later in the year. The S&P 500 has historically gained 3.3%, on average, the final two months of the year. But, when the S&P 500 is up more than 5% in October, that average gain drops to 2.1% with a median of only 1.1%. After the year we’ve had, we don’t think anyone would have any issue with only modest additional upside through year-end, but we’d temper expectations on just how much green we could have the final two months. Some of the risks on this list could easily lead to another pullback like the one stocks experienced in September despite the generally positive economic and earnings backdrop.

We wrote last week about the bullish technical setup we see for equities in the final months of the year, and we believe the weight of the evidence supports that thesis. However, if there is a technical risk to watch, it is likely sentiment. The S&P 500 gained more than 6% in October following its first 5% pullback of the year, and as the saying goes, “nothing changes sentiment like price.” The percent of bulls in the American Association of Individual Investors (AAII) Investor Sentiment Survey more than doubled from its mid-September lows, while the VIX Index, a measure of implied volatility in the S&P 500 Index, is near its lowest level since before the pandemic began. Overall, we do not see evidence that sentiment is near extreme levels yet, or that the technical trends do not support a bullish view. But if the next few months do bring equity gains, sentiment may become a bigger risk.

There you have it. Five things that scare us. That doesn’t mean there aren’t others (China anyone?). But if stocks suffer any meaningful volatility in the next couple of months, we think the culprit will likely be on this list. These potential scares do not, however, sway us from our positive near-term market outlook given prospects for a pickup in economic growth in the near term as COVID-19 cases decline. Stocks remain in a favorable seasonal period and low interest rates remain supportive. Stocks may also garner support from a potentially smaller-than-expected tax increase out of Washington, D.C.

References to markets, asset classes, and sectors are generally regarding the corresponding market index. Indexes are unmanaged statistical composites and cannot be invested into directly. Index performance is not indicative of the performance of any investment and does not reflect fees, expenses, or sales charges. All performance referenced is historical and is no guarantee of future results.

All information is believed to be from reliable sources; however, LPL Financial makes no representation as to its completeness or accuracy.

The PE ratio (price-to-earnings ratio) is a measure of the price paid for a share relative to the annual net income or profit earned by the firm per share. It is a financial ratio used for valuation: a higher PE ratio means that investors are paying more for each unit of net income, so the stock is more expensive compared to one with lower PE ratio.

Earnings per share (EPS) is the portion of a company’s profit allocated to each outstanding share of common stock. EPS serves as an indicator of a company’s profitability. Earnings per share is generally considered to be the single most important variable in determining a share’s price. It is also a major component used to calculate the price-to-earnings valuation ratio.

This research material has been prepared by LPL Financial LLC.