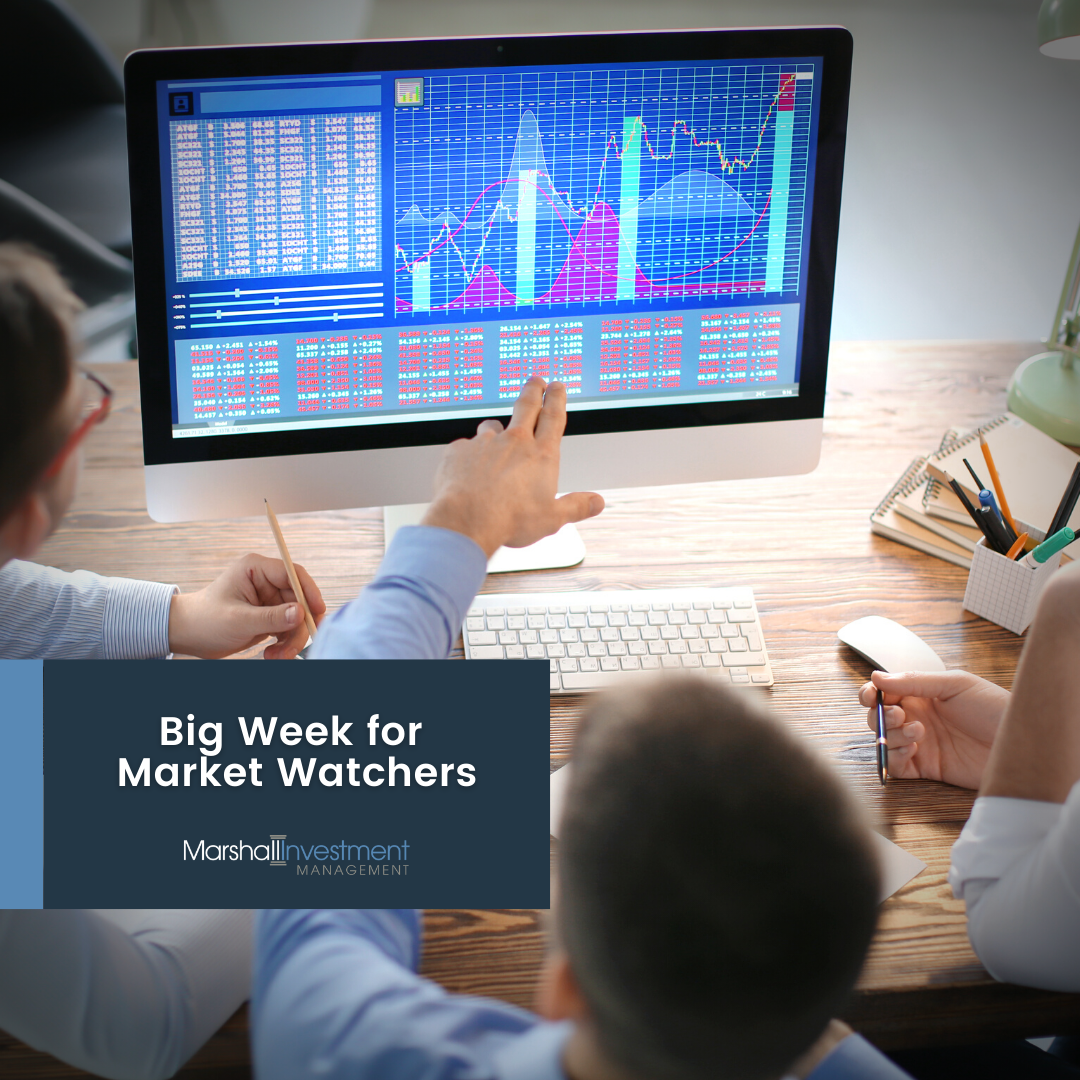 Last week was epic for market-watchers. A Federal Reserve (Fed) rate hike, a much-anticipated gross domestic product (GDP) report, and the busiest week of earnings season got most of the headlines. There was even a surprise out of Washington D.C., with a Schumer-Manchin agreement on a climate-healthcare-tax bill and some inflation data that added to the evidence that inflation has peaked.

Stocks expressed approval of this news, securing its second straight solidly positive week. The S&P 500 Index enjoyed its best month since November 2020 and its best July in over 80 years. Last week’s gains were encouraging. Let’s look at each piece of news individually.

First, the Fed hinted at slowing the pace of interest rate hikes later this year. Whether markets may have gotten a little ahead of themselves remains to be seen, but in the past six weeks, nearly three-quarters of a percent has come out of the market’s expectation for the peak fed funds rate (the short-term rate controlled by the Fed to affect monetary policy). The inflation battle is far from over, but the market’s reaction was encouraging, and the Fed may be poised to surprise the market with a pause by year-end.

Next, the first read on second quarter GDP revealed the U.S. economy contracted for the second straight quarter. The rule of thumb is two quarters of negative GDP defines a recession, but the official definition by the National Bureau of Economic Research is broader than that. With a strong, even if slowing, job market and resilient consumer spending, we believe not enough sectors of the economy are contracting to qualify as an official recession. If a recession comes—probably a 50-50 proposition for the first half of 2023—it will likely be mild. A mild recession was probably already priced in at the June stock market lows, suggesting June 16 may mark the S&P 500’s ultimate low.

Capping off the busy week, the flurry of earnings reports demonstrated that corporate America has managed stiff headwinds effectively. Given the slowing economy, intense cost pressures, and a strong U.S. dollar clipping foreign-sourced profits, a 6% year-over-year increase in S&P 500 earnings per share during the second quarter is quite impressive. Estimates for the second half of 2022 and 2023 have come down as expected, but with expectations so low, stocks generally rallied on results even as estimate were cut.

Looking ahead, August has historically been a weaker month for stocks. But consider that midterm election year lows, which typically come around this time on the calendar for the S&P 500, have historically been followed by an average gain of over 30% over the subsequent 12 months. Moreover, some of the timeliest indicators of inflation, such as commodity prices and various consumer and business surveys, indicate some cooling ahead, even if it may be a slow process. Market-based interest rates—those not controlled by the Fed—have come down quite a bit, supporting stock valuations.

At the same time, geopolitical tensions are rising as House Speaker Nancy Pelosi visits Taiwan and the war in Ukraine continues. But we believe the combination of low valuations, lower interest rates, prospects for inflation reducing, and the possibility that the Fed signals a pause over the upcoming months tip the scales toward the bulls. The ride probably won’t be smooth, but we believe long-term investors who stay the course won’t have to wait too long to be rewarded for their patience.

Please contact our team if you have any questions.

References to markets, asset classes, and sectors are generally regarding the corresponding market index. Indexes are unmanaged statistical composites and cannot be invested into directly. Index performance is not indicative of the performance of any investment and do not reflect fees, expenses, or sales charges. All performance referenced is historical and is no guarantee of future results.

This Research material was prepared by LPL Financial, LLC. All information is believed to be from reliable sources; however LPL Financial makes no representation as to its completeness or accuracy.